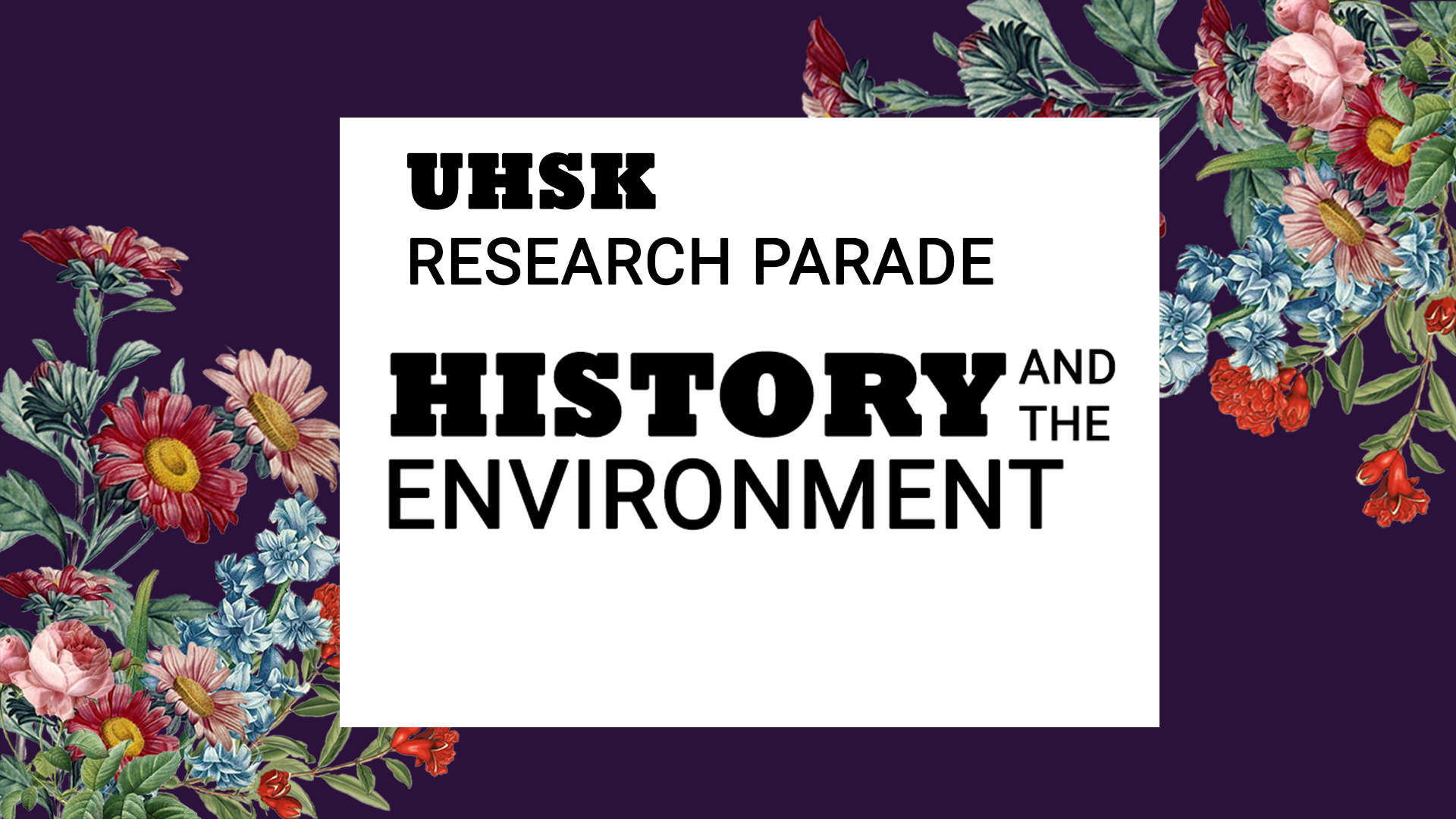 It has become second habit to turn on the news and hear about anything and everything simillar to the raging wildfires in Australia (and elsewhere), the rising sea level, the melting of the ice sheet and all kind of similar natural events that are linked to climate change. Global warming has a deep and profound impact, not only on the planet itself, its biodiversity and natural wildlife but also on its (human) population. It is the greatest threat facing our existence on earth.

Declining and rising temperatures have been a constant in the 4,5 billion years of the earth but it is especially since the Industrial Revolution, that the inventions and actions of human beings have had such a direct impact on the increasing level of carbon dioxide and other greenhouse gasses in the atmosphere. The planet's temperature has risen up to an alarming rate and the consequences are global. Climate change poses threats to our oceans, weather, food sources and physical health.

This threat is being tackled through the efforts of  institutions, governments, multilateral organizations and individuals, but how exactly? We already have climate refugees, how do we deal with situations such as these now and in the future? Can we look to the past and see parallels or similar cases from which we can draw lessons? How do international relations change, does climate change improve cooperation and communication or does it only seem to drive people apart? How do leaders react on this issue? From a historical perspective we can look at how climate change affects the daily lives of citizens, the way how and what sort of work people perform and how that changes. The questions are never ending.

Therefore, we would very likely invite you to view the clips from this year's annual Research Parade that focused on History and the Environment. Four researches unpacked their research on the Environment and History and discussed the importanceof the field.

You can view the talks here or on our youtube channel by clicking here!

Dr Liesbeth van de Grift is Professor of International History and the Environment. She specializes in the history of political representation through the lens of rural and environmental governance in the twentieth century. A guiding question in her research is how the rise of 'nature' and 'the environment' on the political agenda has changed ideas and practices of democracy and interest representation.

Most people agree that global warming poses serious threats to the very survival of our planet. A transition to a more sustainable society is critical if we are to avoid devastating environmental, social and economic impacts. At the same time, our present situation shows that bringing about such fundamental change is a major challenge. Apparently, knowledge, technologies and money are not sufficient conditions for such a change. In this lecture, I will argue that we need to address deeply historically embedded questions to understand the complexities of this transition – questions about social and cultural norms, about what we tend to do and believe and why that is difficult to change, and about power relations and the way institutions have evolved. 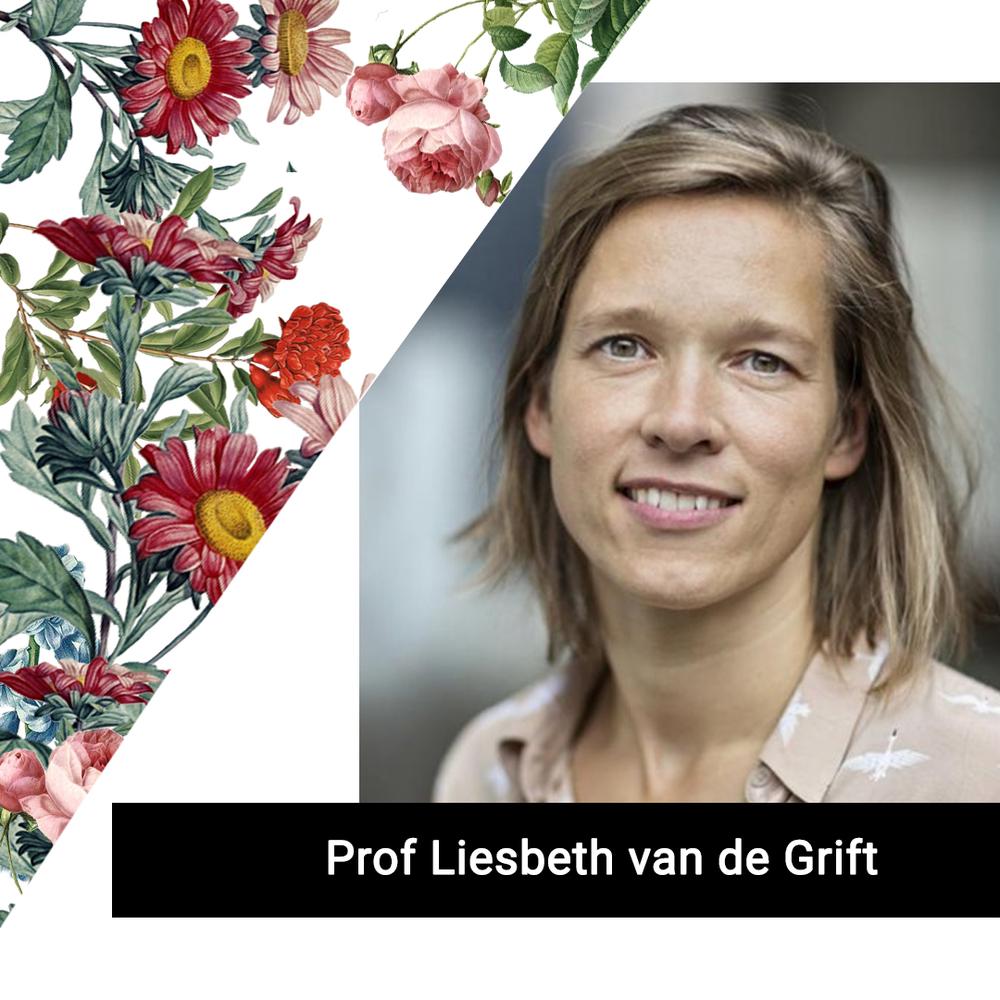 Dr Robert-Jan Wille: The Three-dimensional Empire of Air. Europe, Weather Balloons and the Conquest of the Global Atmosphere Between 1902 and 1914

Robert-Jan Wille is a VENI-postdoc at the Freudenthal Institute. Since December 2019 he has been working on the history of German atmosphere physics.

Last year, we saw a triple crisis of breathing, the pandemic entangled with Black Lives Matter and climate change (whether represented by forest fires or pollution). This emphasizes an important question: who has access to the air we breathe in and through which we travel? How did some gain more access to air than others? What is our dependency on scientific knowledge of the air?Accessibility and knowledge of the air are intertwined. As with the earth and the oceans, the history of the atmosphere is the history of mapping it, experimenting with it and modelling it.

With balloons and zeppelins anticipating the coming of the air plane in the early 1900s, the global atmosphere was the third domain being claimed by a branch of the military, centuries after the land and the sea, and the first domain in which civilian scientists and engineers played an active role in making it available, a century before space and cyberspace.

Meteorologists emerged as key experts: even more than just weather predictors, they became aerologists, ‘geographers of the air’. With the discovery of the stratosphere and jet streams in 1902 by French and German atmosphere physicists, mapping the temperature, humidity and other physical quantities of the ‘free atmosphere’ (or the Luftozean) lead to structural and global atmospheric campaigns with weather balloons. Only years before European countries would go to war, scientists from many of these countries cooperated to map the lower and upper atmosphere where ‘the weather of the world’ was made. Colonial ‘outposts’ in Batavia and imperial navies in the tropical seas were eager to contribute to this program. Today’s climate science depends on the data that was produced collectively, but what was at stake at the time? 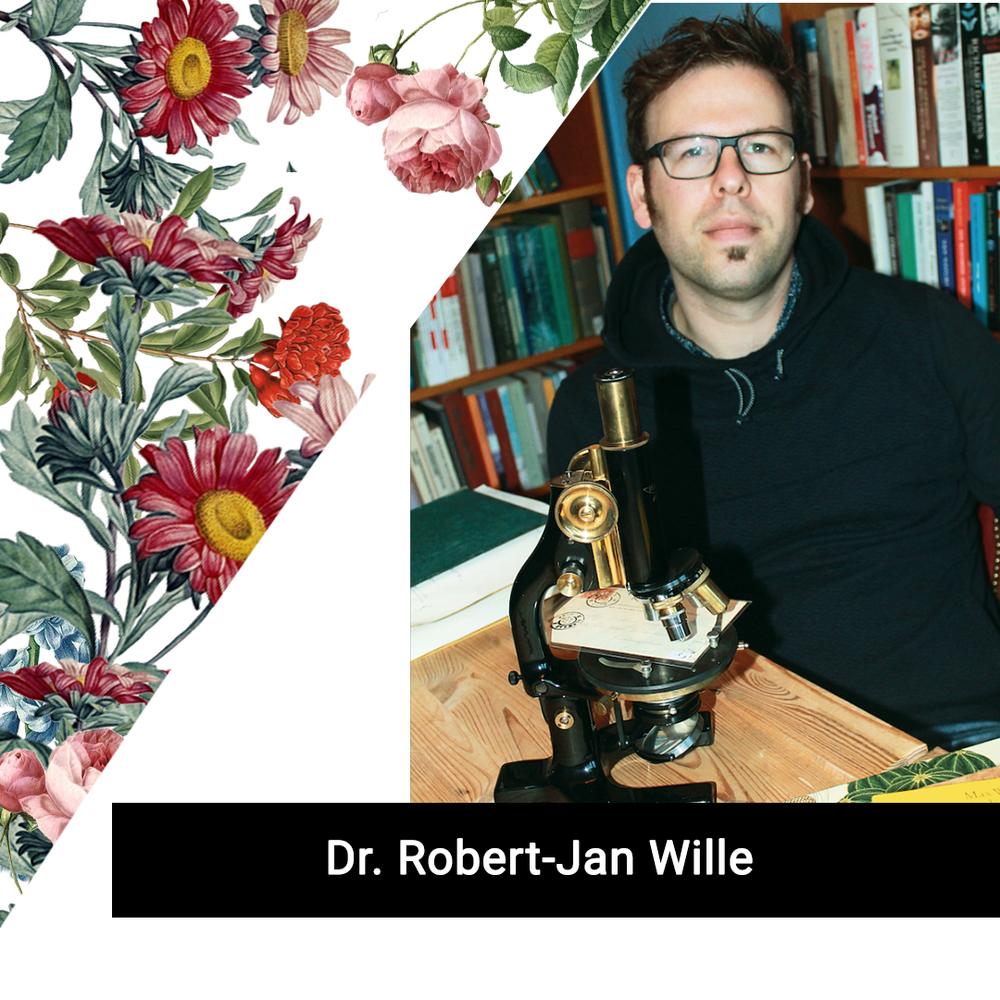 Dr Katharine Frederick is an Assistant Professor and postdoctoral researcher at Utrecht University specializing in industrial development in sub-Saharan Africa from the late pre-colonial to the early post-colonial era.

The relationship between humans and the natural environment figures heavily in sub-Saharan Africa. The rhythm of life for the continent’s majority rural inhabitants is still dictated by the seasons, and communities are frequently upended by environmental shocks. Research on the economic history of Africa has increasingly highlighted the role of the environment in influencing social and economic development. This talk will explore how environmental shocks in Malawi’s Lower Shire Valley led to profound economic change in the region’s Mang’anja villages. Dramatic drops in water levels of the nearby Shire River, combined with a significant decline in the region’s population, led to the disappearance of the local textile industry and a rise in the cultivation of cash crops for global export. This shift fundamentally altered the economy and society of Mang’anja communities, with consequences for long-term development in the area. 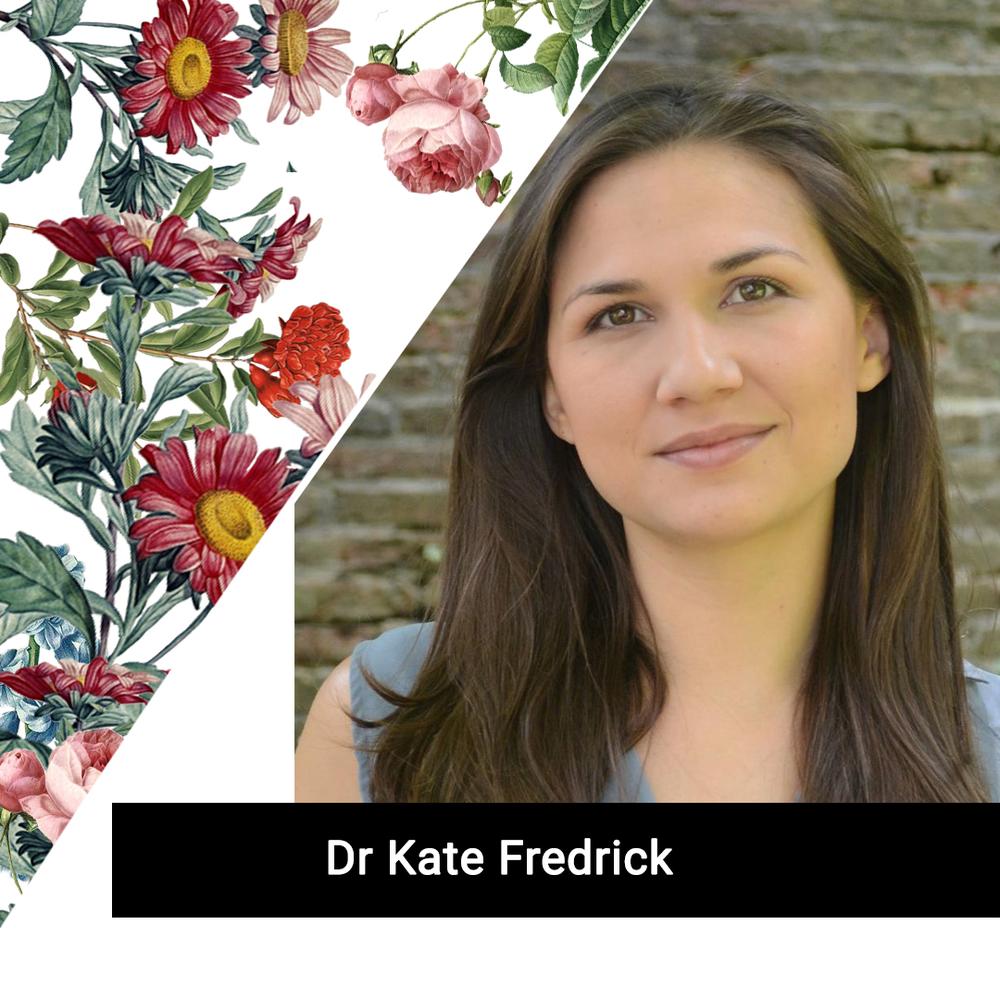 Dr Johan Schot is Professor of Global History and Sustainability Transitions at the Utrecht University Centre for Global Challenges. He is Director of the Transformative Innovation Policy Consortium (TIPC) and former Director of the Science Policy Research Unit (SPRU) at the University of Sussex Business School.

The Deep Transitions theory develops an understanding of coordinated change processes in a wide range of socio-technical systems for the provision of basic needs such as energy, mobility, healthcare, food and water in the First Deep Transition (Industrial Revolution), in order to assess various scenarios for the unfolding of the Second Deep Transition. The key idea is that the First Deep Transition, that took place along five great surges of development in the past 250 years, has led our socio-technical systems to evolve in unsustainable directions. In order to mitigate the accumulated economic, social and ecological challenges that we face today, we need to redirect the Second Deep Transition as it unfolds in sustainable directions. This will help achieve the United Nations Sustainable Development Goals (SDGs), but it will require a fundamental re-thinking of how resources are used, the ways we innovate and how we deal with the consequences of innovation. In my presentation I will focus on what we can learn from the history of emergence, acceleration, stabilisation and directionality of the First Deep Transition in order to imagine the future of the emergence, acceleration, stabilisation and directionality of the Second Deep Transition. For more information visit www.deeptransitions.net. 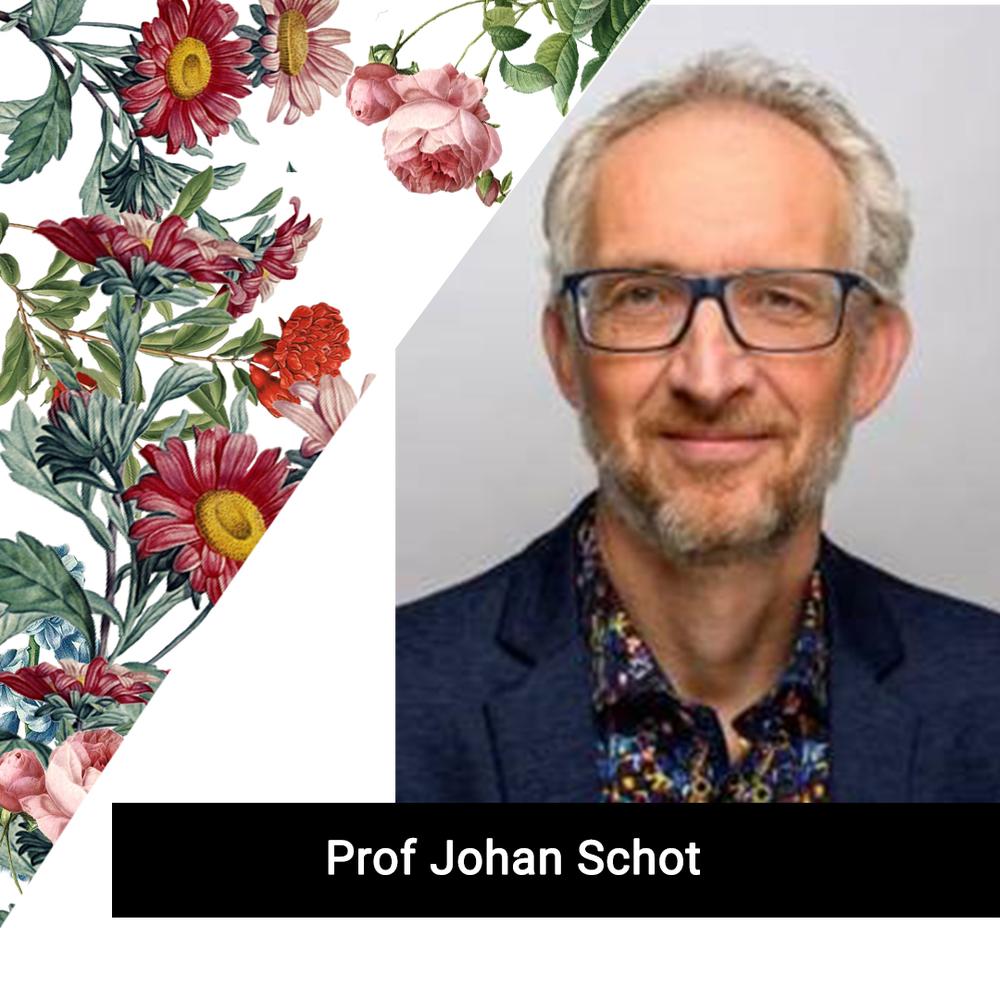 Adiscussion panel lead by UHSK alumnus Timo Houtekamer which delves into the whys and hows of Environmental History, its importance and the way students can get involved. Joining him are Prof Dr Johan Schot and Dr Robert-Jan Wille. To view their individual talks, take a look at the Research Parade playlist on YouTube.